Several years ago my teenage sons forced me to watch Napoleon Dynamite. Maybe I loved it for all the wrong reasons, like the zillion eighties references: caboodles, side pony tails, moon boots. I got more than 80's inspired, I got inspired by several life lessons in this movie. Here are four lessons every writer can use:

1. Everyone loves an underdog. Are you feeling lousy as a writer or a person? Do you have your own personal obstacles to overcome? Maybe you're currently feeling like someone threw you under the bus. Napoleon is someone to root for. He's the lonely kid, the physically awkward kid, the poor kid, the socially awkward kid. But he makes a friend, Pedro, and things change. Try joining a writing group in your local community or a Goodreads online writing group. Napoleon is a pretty self motivated kid, too. When he's down, he doesn't stay down for long.

2. Get a job. Napoleon's jealousy of his brother Kip motivates him to find a job. Kip and Uncle Rico were making some serious money. Cut to the farm scene when Napoleon asks the old farmer, "Do they have huge talons?" (Why is that so funny?!) I want to gag when Napoleon drinks the orange punch mixed with raw eggs. And when the old farmer points, does anyone really know what he's saying? Of course, the last scene is my favorite: Napoleon counts his money (all in change) and says, "Six bucks. That's like a dollar an hour." OK, on to my point. Yes, get a job even if it's not writing based. You gotta pay the bills or you'll be living like Uncle Rico.

3. You are never "too good" for the Goodwill. When Napoleon and Pedro visit the Goodwill store and stop--star struck--in front of the creepy mannequin wearing a pumpkin-colored seventies suit, I couldn't stop laughing. "That's a pretty sweet suit." Bahahaha! Be thrifty. You don't have to spend a fortune being a writer. You don't have to buy every writing book you come across or join every book society and coffee club. There are lots of freebies out there. Check out Pinterest boards on writing and find those awesome authors who share invaluable writing advice on their blogs or websites.

4. Be spontaneous. At the end of the movie, Napoleon gets creative. He went out of his comfort zone and faced the music, literally. He even helped someone out in the process--Pedro. Throw caution to the wind and just submit your manuscript or short story to that contest already! Or join a critique group or join Twitter. Unafraid of rejection, Napoleon mastered those moon boots.

Maybe you've gotten a few cynical laughs along your journey as a writer. Someday, someone will stand up and applaud you, even if it's not Summer Wheatley. OK, remember to get your own tots and vote for Pedro.If you haven't seen the movie, you must watch it tonight. And tell me if it doesn't inspire you to write humorous fiction.


Check out my Pinterest board for some great articles on writing:
http://www.pinterest.com/freerunnerhawes/all-about-books-and-writing/ 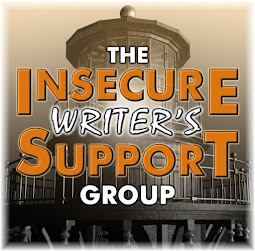